The Message Is Clear: Not One Penny In Tax Cuts For Millionaires, Billionaires, And Wealthy Corporations

Washington D.C. — Ahead of the Senate vote on the harmful plan to cut taxes on millionaires, billionaires, and wealthy corporations while raising taxes for the middle class and cutting essential programs that working families need, grassroots resistance continues to expand nationwide. The Not One Penny coalition, along with dozens of partners from across the country, has coordinated more than 500 events over the past two months, with dozens more to come as the Senate is set to vote.

With hundreds of events in Colorado, Pennsylvania, Nevada, Ohio, California and other states across the country, the message from everyday Americans is clear: not one penny in tax cuts for big corporations and wealthy donors on the backs of the middle class.

Upcoming events include a ‘People’s Filibuster’ starting at 3:00PM ET on the East Front of the U.S. Capitol and going until the Senate votes on the Republican tax bill (watch live), and a ‘Protecting Working Families Tour’ with Bernie Sanders this weekend.

Below are key clips from grassroots events across the nation.

Tucson Weekly: Tucsonans Travel to D.C. To Argue Against the Republican Tax Bill 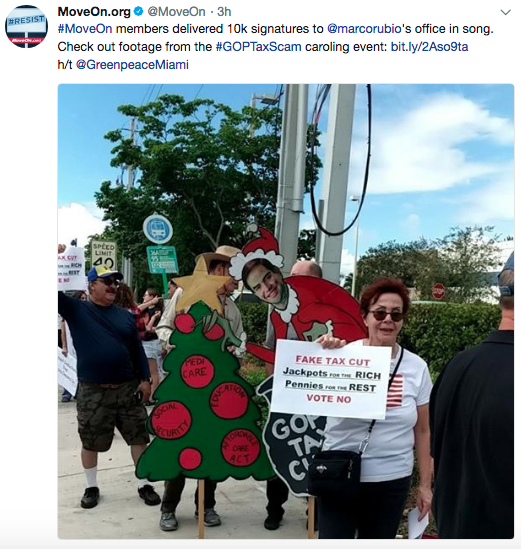 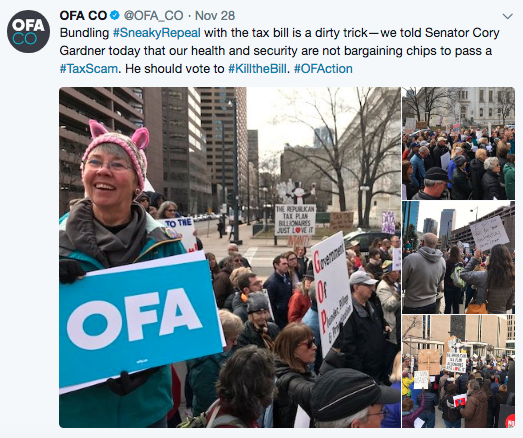 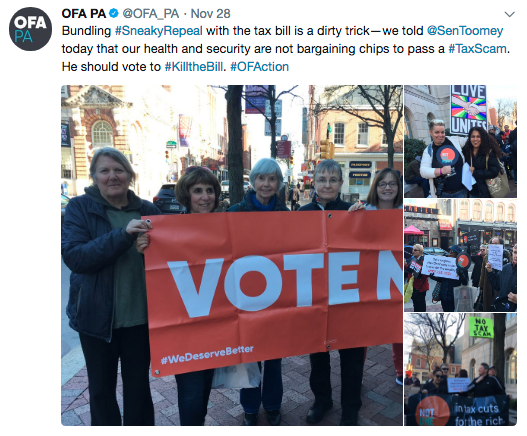 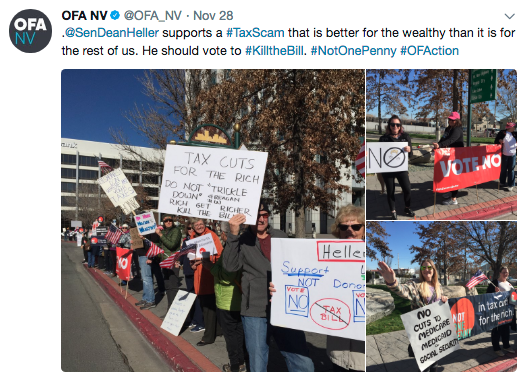 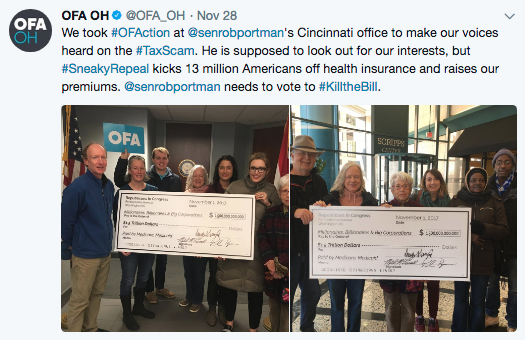 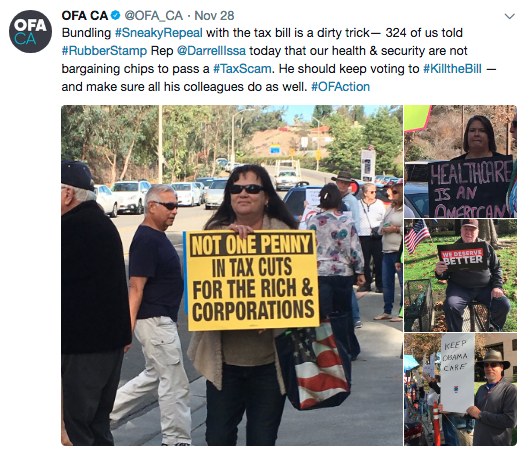 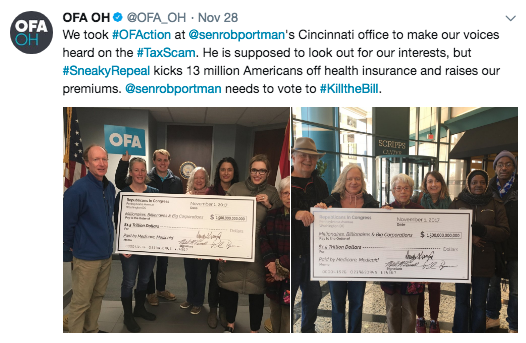