Public Dissent Stronger Than Ever With Over 250,000 Americans Taking ‘Not One Penny’ Pledge

More Than 600 Events Coordinated Thus Far in Over 40 States

Washington D.C. — With well over half-a-million phone calls to Republican offices and a quarter million anti-tax bill pledge signers, the Not One Penny coalition has galvanized grassroots resistance against the toxic tax bill passed in the Senate. Following the Senate’s shameful vote, thousands more have mobilized against these disastrous tax bills that give tax breaks for millionaires, billionaires, and wealthy corporations while raising taxes on middle-class families.

The Not One Penny coalition, along with dozens of partners from across the country, has coordinated more than 500 events over the past two months, with more than 100 planned for December. More than 650,000 phone calls have been made to Republican offices during this bill’s time in Congress, and more than 250,000 people have signed a pledge expressing to their Representatives resolute opposition to the GOP tax scam.

Among the public, the tax plan is massively unpopular and is becoming a liability for those who voted for the largest middle-class tax hike in a generation. With events in Kentucky, Massachusetts, Ohio, Pennsylvania, and numerous other states across the country, the message from everyday Americans is clear: not one penny in tax cuts for big corporations and wealthy donors on the backs of the middle class.

Grassroots actions continue to materialize from coast to coast, and a list of some of the upcoming events can be found here.

Below are key clips from grassroots events across the nation.

Mic: From phone campaigns to screaming street protests, Republicans are “under siege” over their tax plan

Fox Sacramento: ‘Not One Penny’ Rally

Louisville Courier-Journal: Bernie Sanders is coming back to Louisville this week to rally against the Republican tax plan

Washington Post: ‘This is class warfare’: Tax vote sparks political brawl over populism that will carry into 2018 elections

Huffington Post: Bernie Sanders Warns GOP That America Is Waking Up To Giveaways For The Rich 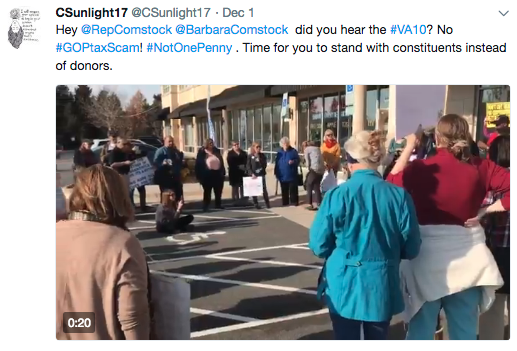 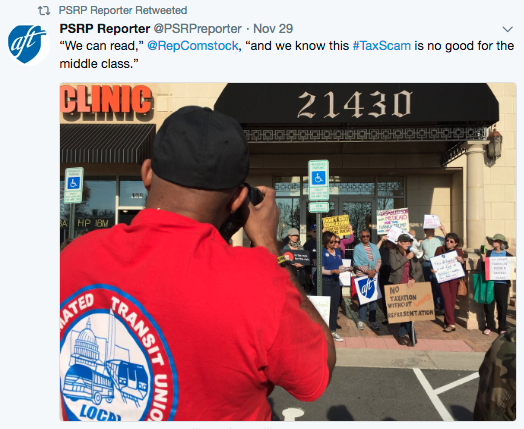 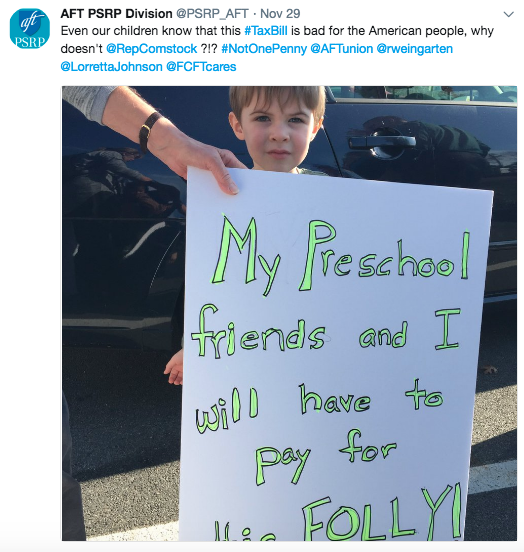 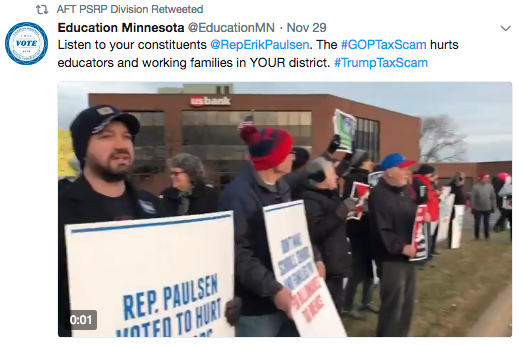 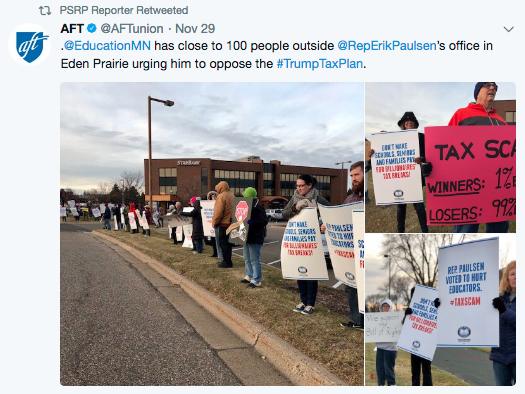 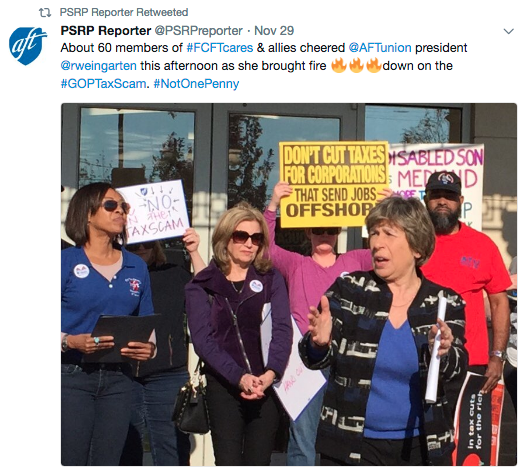